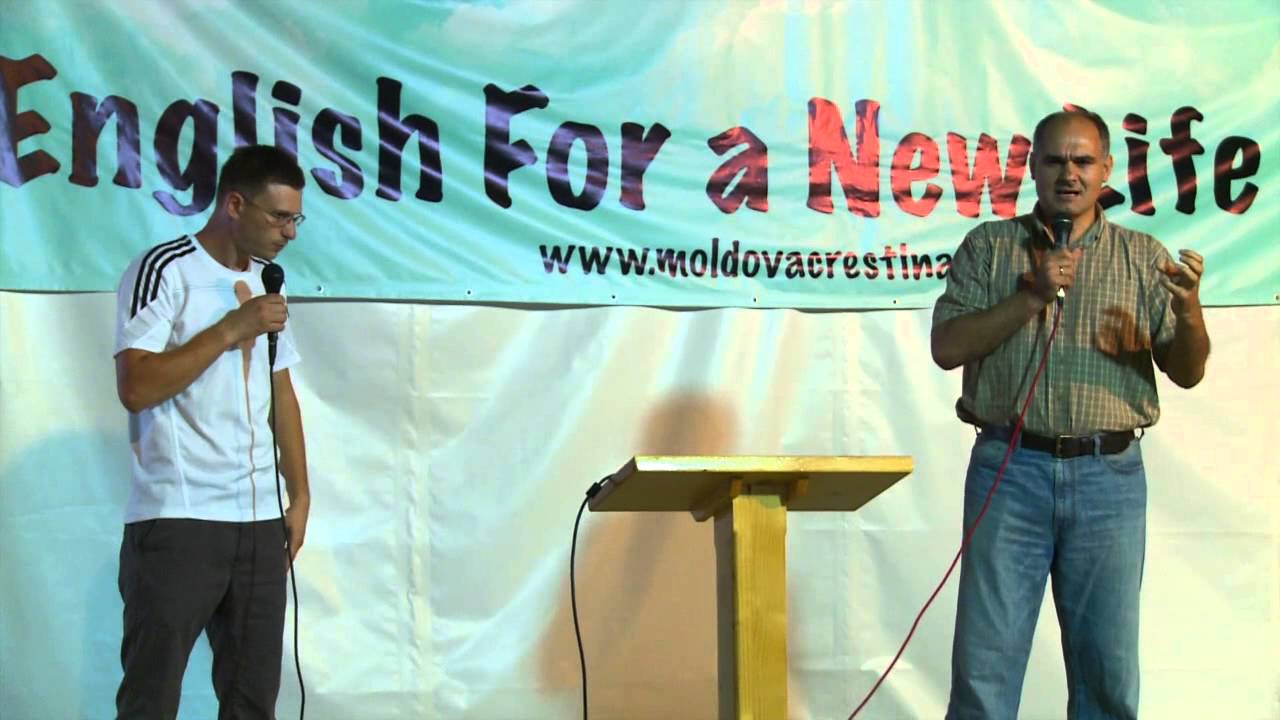 Over the past 10 days I attended an English camp in Moldova. There were about 180 participants at this camp, mostly adolescents, youth, and young adults, who came to study English intensively, practicing their communication skills with native English speakers. Every evening we heard messages from the Word of God, by our dear leader Vasile Filat on „Common Sense/Good sense” . We learned many important things about „Common sense”, what is means to have it, how it is manifested, what the lack of it looks like, etc. We studied from Solomon’s proverbs, Solomon being the wisest man who ever lived, with the exception of the Lord Jesus Christ. As we were studying the lessons on „Common Sense” I saw how young people were literally being changed before my very eyes. Many of the young people came with a lack of „Common Sense”, or home training as we would say, but by the end of the camp their attitudes had changed. The wise Solomon had this to say, „The proverbs of Solomon the son of David, king of Israel:To know wisdom and instruction, To discern the sayings of understanding,To receive instruction in wise behavior, Righteousness, justice and equity;To give prudence to the naive, To the youth knowledge and discretion,A wise man will hear and increase in learning, And a man of understanding will acquire wise counsel,To understand a proverb and a figure, The words of the wise and their riddles.The fear of the LORD is the beginning of knowledge; Fools despise wisdom and instruction.”

1. A person with common sense seeks to know wisdom (to know as a personal friend).

He does not believe that he is already too wise to learn something new. Many people are like this in our day and time, believing that they know it all so they have no desire to learn from others. Here is a prime example of lack of common sense, when children think that they are smarter than their parents (children are taught to think this way through popular culture, especially in their schools).

2. A person with common sense has discernment (he knows how to distinguish between good and bad) because he is a close friend with wisdom (wisdom is found in the Bible).

First of all, he knows that there is a difference between good and bad (he is not deceived by the lie of relativism). As white and black exist and are easily distinguished, so are good and bad. He knows the difference. Many people in our post-modern world have no idea that there is a difference between good and bad. They believe (because they were taught that way) that immorality is something normal and if you believe otherwise, like that immorality is evil and morality is good, then you are stuck in the past. They do not realize that those who promote and practice immorality (being so modern) are actually destroying their lives and the lives of others.

3. A person with common sense chooses what is good (right).

4. A person with common sense fears the Lord.

Fear, used in this passage, does not mean that he is afraid of the Lord and does not want Him to punish him, but it means reverence or respect toward God. He shows his respect to God by being obedient to His Word. A lack of common sense can be seen by those who think that they are wiser than God and do not need to listen to Him. They think that the Bible is old fashioned and has no use in our days. When I speak to young people this is the mind-set that they have about God and the Bible. I always ask them where they get their opinions from and all of them say that they learned it from somewhere, be it their parents, be it their teachers or friends, and especially from the mass media. If you do not respect the Lord then you are lacking common sense, you neither have wisdom nor discernment, or a future. You need to respect the Lord, beginning today, repent of your pride, come to the Lord for forgiveness, and begin to study His Word.