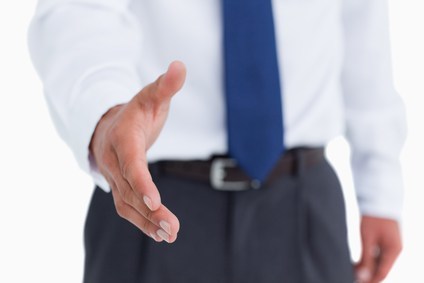 I was motivated to write this article after I was at a youth meeting. There was a contest and some boys and girls had to come in front of all people to receive a gift, but firstly they had to introduce themselves, who they were and what they were doing. I knew some of them and great things they are doing for the Gospel and they could have told something impressive, but they presented themselves in such a way, that those who saw them for the first time didn’t have the best opinion about them. That’s why, I decided to write this article, where I will share some practical advice how it is good and right to introduce ourselves to people. I also made a personal study on this topic, following how Apostle Paul introduces himself in all epistles of the New Testament that had been written by him.

Don’t talk and behave in an easy manner

Don’t forget that the first impression people have about you is very important and it changes very difficult. I saw how someone came in front and was smiling with no reason in an easy way, saying when he introduced himself: “My name is … and I work” or “… study”, or even worse “I do not do anything…” At least it was need to talk seriously, otherwise people will believe that they have a disdainful attitude towards their own person, or maybe towards the study or service that they do.

It is clear that every young person studies, or works or, at worst, does nothing. If you said one of those word, you didn’t communicate anything new about you and you didn’t present yourself.Tell shortly where you work and as what, or where you study.So people will want to know more about you, or to ask you to help with your services.

Introduce yourself from the position you have in Christ

Almost in all the epistles of the New Testament that he wrote, Apostle Paul presents the position that he has in Christ.Here is an example:

Paul, called as an apostle of Jesus Christ by the will of God, and Sosthenes our brother (1 Corinthians 1:1)(NASB)

He begins the Epistle to Galatians in this way:

Paul, an apostle not sent from men nor through the agency of man, but through Jesus Christ and God the Father, who raised Him from the dead)(Galatians 1:1)(NASB)

Direct people’s attention to Christ and to the Gospel

More important than our own person, we have to share the Gospel that presents the person of our Lord Jesus Christ.If people don’t know us personally, this will not affect their eternal life, as it will be if they do not know the Lord Jesus personally.Therefore, even when we introduce ourselves, we have to draw people’s attention to the person of the Lord Jesus and to the message of the Gospel, as Apostle Paul does at the beginning of the Epistle to Romans, when he writes:

Paul, a bond-servant of Christ Jesus, called as an apostle, set apart for the gospel of God, which He promised beforehand through His prophets in the holy Scriptures, concerning His Son, who was born of a descendant of David according to the flesh, who was declared the Son of God with power by the resurrection from the dead, according to the Spirit of holiness, Jesus Christ our Lord, through whom we have received grace and apostleship to bring about the obedience of faith among all the Gentiles for His name’s sake (Romans 1:1-5)(NASB)

Tell people how you can serve them in the Gospel

At the same meeting a young man came in front, who is a very good sportsman and coach, who trains young people, and especially teaches the Holy Scriptures. But when he came out he said: “My name is … and I train …” I am so sorry that he lost such a beautiful way to tell young people what he does and he didn’t invite them to come to training, and especially, to study the Holy Scriptures together.

So, when you introduce yourself, don’t behave and talk in an easy way, but tell people what you do, what position and service you have in Christ Jesus and what you can give them through the Gospel.