How do you proceed when you understand that the question from the Bible addressed to you is provocative? How do you answer? Do you have to answer?

Try to understand the intention of the question

When someone asks you a question, try to understand the intent behind the question. Does that person really want to find the answer to the question, to get a benefit? Or is he/she trying to provoke you and to trap you? The Apostle Paul writes the following words to Timothy, also a preacher, whom he sent to Ephesus to oversee the church there:

But refuse foolish and ignorant speculations, knowing that they produce quarrels. (2 Timothy 2:23)(NASB)

It means there will be people who will come to Timothy, as well as to each of us, asking foolish and ignorant questions, which produce to quarrels. We must not quarrel. 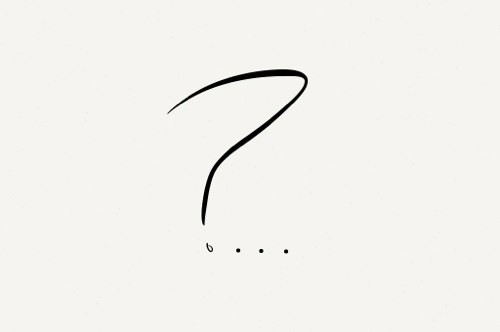 In the following verses Paul says:

The Lord’s bond-servant must not be quarrelsome, but be kind to all, able to teach, patient when wronged, with gentleness correcting those who are in opposition, if perhaps God may grant them repentance leading to the knowledge of the truth, and they may come to their senses and escape from the snare of the devil, having been held captive by him to do his will. (2 Timothy 2:24-27)(NASB)

After planting churches in the island of Crete, the apostle Paul left Titus there to oversee them, set in order what remains and appoint elders in every city. There were many talkers and deceivers in Crete who preached worldly fables fit only for old women, imagined things, and human commandments. These were not God’s teaching. In Titus 3:9 Paul tells Titus:

But avoid foolish controversies and genealogies and strife and disputes about the Law, for they are unprofitable and worthless.

It was Titus’s responsibility to determine which were the foolish questions and to avoid them because they are unprofitable and worthless:

Reject a factious man after a first and second warning, knowing that such a man is perverted and is sinning, being self-condemned.  (Titus 3:10-11)(NASB)

Paul, being a pastor, had people in the church who came up with such questions provoking conversations that should not have taken place. That is why he tells Titus that after the first and second warning he should not have any more discussions with those who ask such inappropriate and foolish questions. The discussions would take all of their energy and instead of teaching Christians and building them spiritually, they will waste their power and time in unhelpful conversations. In Proverbs 26:4-5 it is written:

Do not answer a fool according to his folly, or you will also be like him. Answer a fool as his folly deserves that he not be wise in his own eyes.

When someone asks you challenging questions, see if you need to answer them. Do not answer a fool according to his folly, or you will also be like him. But do not answer in such a way that lets him believe that he remains wise and his word is the last word. You have to answer him so that he is not wise in his own eyes. This is a way of answering challenging questions.

Two examples from the Bible

There are many situations in the Bible when wise men have wisely answered challenging questions. I only want to present you 2 examples. In Matthew 21:23-27, a case is described:

When He entered the temple, the chief priests and the elders of the people came to Him while He was teaching, and said, “By what authority are You doing these things, and who gave You this authority?”

Jesus knew it was a challenging question. These people did not really want to find out that He is the Messiah; they were never ready to accept it. They were only looking for a reason to catch him and then blame him. They wanted to trap Him. Let’s look at how Jesus answered this challenging question.

Jesus said to them, “I will also ask you one thing, which if you tell Me, I will also tell you by what authority I do these things. The baptism of John was from what source, from heaven or from men?” And they began reasoning among themselves, saying, “If we say, ‘From heaven,’ He will say to us, ‘Then why did you not believe him?’ But if we say, ‘From men,’ we fear the people; for they all regard John as a prophet.” And answering Jesus, they said, “We do not know.” He also said to them, “Neither will I tell you by what authority I do these things.”

They ran away from the answer. They understood that with their provocative question they had another question from the Lord Jesus, so the trap they set up turned on them. They were caught in their own trap. In an effort to escape the trap, they said they did not know. In turn, Jesus also said that He would not tell them by what authority He did those things. Then, immediately, Jesus began to reprove them:

“But what do you think? A man had two sons, and he came to the first and said, ‘Son, go work today in the vineyard.’ And he answered, ‘I will not’; but afterward he regretted it and went. The man came to the second and said the same thing; and he answered, ‘I will, sir’; but he did not go. Which of the two did the will of his father?” They said, “The first.” Jesus said to them, “Truly I say to you that the tax collectors and prostitutes will get into the kingdom of God before you. (Mattew 21:28-31)

Here is the complete answer of Jesus. He did not answer them in such a way as to fall into their trap, but gave them a necessary answer. They wanted to tempt, catch and blame Him, but by His answer, Jesus made them fall into their own trap. He gave them an important and necessary answer: they will not enter the Kingdom of Heaven with their attitude or their way of looking and acting.

Then they sent some of the Pharisees and Herodians to Him in order to trap Him in a statement. They came and said to Him, “Teacher, we know that You are truthful and defer to no one; for You are not partial to any, but teach the way of God in truth. Is it lawful to pay a poll-tax to Caesar, or not? Shall we pay or shall we not pay?”

Jesus did not just answer their challenging question. He could have finished his answer with Caesar, but continued: “Give God what is God’s.” These men did not give God what was His. We must give God what is His with purity, sincerity, impartiality, without harm or indifference and without all the bitterness they had, with which they acted, full of hypocrisy. Thus did the Lord Jesus.

In conclusion, when challenging questions are asked we do not have to respond according to the folly of the person who asks the question, in order to not be like him. Let us answer in such a way that he is not wise in his own eyes. Do not get caught up in discussions. Often, you just have to avoid and refuse them. If we give an answer, then it has to fulfill the need of the one who asks us. We have to do good to him, help him see his state and come to Christ!

Let God help us and all who give challenging questions.

You can also watch this explanation in this live video on facebook: