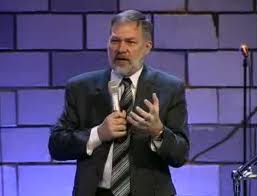 Radio Europa Liberă recently posted an interview about Scott Lively, a christian lawyer and activist for moral and family values in America and other coutries around the world. Scott Lively could be judged because of a complaint from Uganda being accused of incitement to hatred and terror against homosexuals.

The situation is presented one-sided in the article mentioned above, being quated only the sources which bring accusations, that is why Christian Moldova comes to present the other side. Read in the following interview what Scott Lively says about this situation in order to get an objective opinion.

1. What is the object of the lawsuit against you and who is behind this process?

The object of this lawsuit is to try and stop me from speaking the truth about the destructive political agenda of the global homosexual movement.  I am a Christian pastor who teaches the Bible and shows how rejecting God’s instructions harms both the individuals who do it and society as a whole.

The people primarily behind this lawsuit are the Cultural Marxist lawyers of the U.S.-based Center for Constitutional Rights, backed by George Soros. I think the homosexual activists in Uganda are largely their dupes. Yes, SMUG leaders are responsible for their own lies and actions, and should be held accountable, but the greater blame falls on these lawyers.

2. Which of your statements were categorized as being hate speech and incitement to persecution? According to legal provisions, are they included in the limits of freedom of expression?

The content of my lectures may be found in my textbook “Redeeming the Rainbow: A Christian Response to the ‘Gay‘ Agenda.”http://www.defendthefamily.com/rtr/. I have never incited hatred or violence against homosexuals. My comments are all protected by the First Amendment of the U.S. Constitution.

3. Why was the Ugandan bill, to which you contributed, called by the defenders of sexual minorities ”Kill the homosexuals”? Is this its real message?

The Uganda Anti Homosexuality Bill (AHB) had a category of crimes called “Aggravated Homosexuality” punishable by death. The focus was on crimes against children and intentionally spreading AIDS, but also included “repeat offenders” which some claimed would punish simple homosexuality with death. I never supported the AHB and certainly did not advocate for it. My advice to the Ugandan Parliament was to focus on rehabilitation and prevention of homosexuality.

4. Why were your speech and statements considered as incitement to hate? Do you know about the name that homosexuals attributed to you – ”a missionary of hate”?

The homosexual movement and its media allies are deliberately lying about my comments and actions because it is a convenient way to advance their political agenda. They want people to believe that all disapproval of homosexuality leads to the murder of homosexuals so that they can force everyone to reject the Bible and embrace a pro-”gay” perspective as a necessary policy to prevent violence and murder. In reality, disapproval of unhealthy behavior is a social necessity and not a justification for or cause of violence.

5. While visiting Moldova 2 years ago you warned us about the consequences of the adoption of anti-discrimination bill, do you still consider them grave?

Discrimination against all sex outside of authentic marriage is necessary to protect society from the breakdown of the family that has caused so much harm in the west. Homosexuality is the worst form of sexual rebellion because homosexuals have formed into an army of radicals intent on destroying the Christian foundations of civilization and remaking society in their own image. My suggestion is for nations to preserve and protect marriage and the natural family as the mainstream of society, and show reasonable tolerance for people who choose to live privately and discretely outside of the mainstream in subcultures.

6. How have you been treated in Moldova by sexual minorities? Did you have the freedom of speech, equal and non-discriminatory treatment in our country?

I have not experienced any opposition from homosexuals in Moldova.

7. You warn continually about the homosexual agenda. Is this lawsuit one of the strategic steps of this agenda?

Yes. The lawsuit against me is a form of punishment and harassment, to make me question whether my stand for truth is worth the trouble. I assure you that I will never stop speaking the truth of God, no matter what the cost.