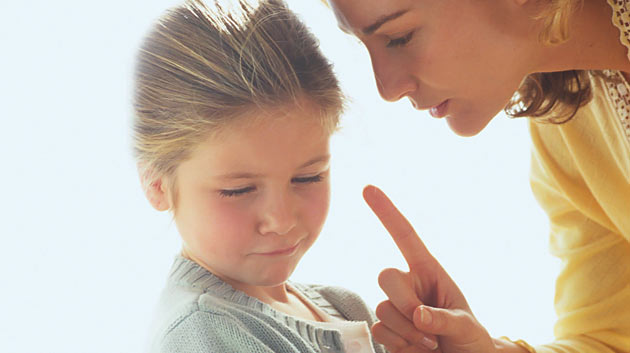 Disciplining children is a hot topic in our day and time. Many people have many different opinions on how to do it and how not to do it. The belt and paddle are looked at as things of the past, archaic. Of course, the Bible teaches people how to have common sense in the area of disciplining children. The Bible speaks a lot about how to discipline, but more importantly, the Bible explains the reasons for it and the consequences of not do it. There is a saying in physics that goes like so, “things in the universe go from order to chaos until put back into order”. Children are the same as everything else in the universe, leaning toward chaos until someone (parents) put order into their lives.

Discipline is a good thing if it is practiced correctly because it brings hope and not death. The wise man Solomon says the following, “Discipline your son while there is hope, And do not desire his death” (Proverbs 19:18). Living a life of chaos brings death and destruction but having things put in order through discipline brings life and hope to a child and his parents.

Many times people think of discipline as physical abuse that breaks a child from doing something. Some people do punish their children like this and it is not Biblical. The wise man Solomon continues on the subject of discipline by saying, “The spirit of a man can endure his sickness, But as for a broken spirit who can bear it?” (Proverbs 18:14) If you punish your child too severely, be it with a belt, be it with words, then you are not helping him. Some people take extreme cases where parents do not discipline but abuse their children and try to make it universal where no one should discipline a child with the belt. Dr. James Dobson mentions a case where he had to spank one of his children and while he did it a lady saw it and started making a scene. The child asked why is she interfering with our lives and the good that my father is doing for me, I am guilty. Punishment done correctly builds up a child, helps him, and is necessary.

Parents with common sense will use the belt when necessary

Those who are against spanking are against the Word of God. God does not tell us to beat our children but He does tell us to spank them when necessary. Actually there is a need for spanking and if we love our children then we will spank then for their own good, to teach them. The wise man Solomon understood children and if you read this verse carefully, and have children of your own, then you will agree. “Foolishness is bound up in the heart of a child; The rod of discipline will remove it far from him”. (Proverbs 22:15). Foolishness needs to be removed because if it is not then it will get worse and worse. Some times the only thing that will remove this foolishness is the rod, of course along with reproof, or in other words, explanation. When the belt is used correctly, with an explanation, then the outcome is healing. There is a limit to using the belt. It is not to be used for severe punishment. Solomon affirms this idea when he says, “Do not hold back discipline from the child, Although you strike him with the rod, he will not die. You shall strike him with the rod And rescue his soul from Sheol.” (Proverbs 23:13-14). A child will not die from a spanking that is carried out properly but instead he will be rescued from a life of misery that would have overtaken him had he not been disciplined. Once again, the belt is not to be used alone but is to always be accompanied with an explanation of the situation so that they child will understand what was done and change.

The benefits of disciplining a child correctly

First of all we see that foolishness is removed from the child’s heart. He will be trained for life because of the wisdom that he gains from being disciplined. The child will also bring joy to his parents and he will walk in the Lord’s ways all of his life, prospering in all that he does.

Don’t you want your children to have a bright future, full of prosperity, leaving behind a legacy that you can be proud of? It is possible but it takes effort on your part. You must discipline your children according to the Word of God, teaching them to follow the ways of the Lord all of their lives.