Today I was put to a great challenge, I can say. Because starting with the next day we were supposed to have a week vacation, my classmates, all of them decided to skip the last 2 classes. I’ve been baptized for the past couple of months, I’m Baptist, and I’m almost 17 years old and as a child of God I couldn’t accept the compromise. I told my classmates an hour before those classes that I can’t join them and we had a fight about it. The teacher came in the classroom and I had to think what to do. One thing is that if I wouldn’t listen to them we would have a big argument about it and surely they would start hating me, I think, and I know that one of the works of the flesh is the argument. Another thing is I didn’t want to violate the school rules. I called my dad to see what he would advise me. He told me that if I go with them that will not necessarily show that I’m not a good example as a Christian. I told him that I didn’t really agree with him because my heart was telling me that I should not do that, so I decided to go to my dad’s work since it was only 15 min away, so we can talk about it. So talked to my teacher and told her my dad is asking her to let me go where he works. A couple of minutes before lunch I also called my youth pastor and told him about this problem, and he told me to do what I think is right. Trying to do the right thing I decided to go to the teacher and told her that my dad needs me at work and she let me go. Now that I told you the situation that I was in, believe me that I’m confused. I don’t know how good I’ve done. My confusion will be even greater, especially that I know that this is not the last time they ask me to skip class. What will I have to do?  Will I have to disagree with them and tell them that I can’t do that? I think that most of them know that I am a Christian. Should I skip class with them just to avoid the arguments and fights? Please help me because I don’t know what to do if they ask me to skip class again. What would God want me to do in this situation?

It’s not right what your classmates did and you don’t have to be joint with them in the bad things that they do. The Holy bible says :

Do not follow the majority when they do wrong or when they give testimony that perverts justice. (Exodus 23:2)

And you don’t have to try to be liked by your classmates just to avoid arguments. Ahead of you there are more situations like this one awaiting for you. If you’ve done this now, you will do this in the future too. Maybe you’ll be good a “good boy “ for them now but you are leading a bad example as a Christian. I’m sure you don’t want that. Watch out that later on they will tell you to pay somebody so that you can cheat, or that you will have to let them cheat from you and many other bad things that you shouldn’t do and if you unite with them you’ll end up doing the same things they do. You won’t be salt and light. Jesus said:

You are like salt for the whole human race. But if salt loses its saltiness, there is no way to make it salty again. It has become worthless, so it is thrown out and people trample on it. You are like light for the whole world. A city built on a hill cannot be hid. No one lights a lamp and puts it under a bowl; instead it is put on the lampstand, where it gives light for everyone in the house. In the same way your light must shine before people, so that they will see the good things you do and praise your Father in heaven . Matthew 5:13-16)

One of the properties of the salt is to stop the decomposition, spoiling. And what your classmates do is a bad influence to each other. You as a Christian have to bring them the good news of salvation and righteousness. 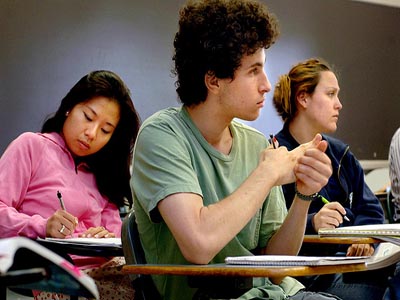 Now that something like this happened with your classmates, I advise you to get close with your classmates and talk to each of them and to tell them that is not right what they do and that is not fair for the teacher, for the parents and in front of God. You should tell them that the teacher put a lot of effort to get prepared for class to teach them, that way they serve you and prepare you to have a career in life. The parents make an effort to support each of you, to pay rent , the bills your school spending’s, and if you skip school that means that you mock your parents effort for you. Also tell them that Jesus said to be subjected to the rulers and governors, the authorities that are above us, in your case the teachers.

And then starting from that you have to necessarily tell them about salvation through Jesus Christ, and that each of them can receive it, if they believe with all their heart in Jesus and they repent from their sins.

If they want to skip class again tell them that you are not doing that with them and that you will not do anything bad with them. Don’t worry if somebody starts hating you because Jesus said:

How terrible when all people speak well of you; their ancestors said the very same things about the false prophets. (Luke 6:26)

That’s exactly what Jesus was talking about, when we wish for all people to speak well of us we compromise our actions and our behavior. Don’t do that. Even if at the beginning your classmates will be upset, and will make fun of you or disrespect you, be patient because they only say that but deep down inside they admire you because you behave like a true Christian and are strong in your righteousness. May God help you.