Referring to homosexuals during a television program, Feodor Ghelici launched a very serious offense addressed to God saying that sometimes God is drunk. How should Christians respond when they hear such blasphemies against God? 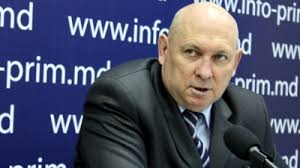 Opinions among Christians are divided, but I have noticed that most of the time,  many excuse their indifference and fear with “righteous statements” to cover these two negative aspects. Having said that, I must also add that I do not agree with how followers of Islam engage in such protests and bursts of anger going to extremes,  even killing each other. Usually such protests end in death, even among the protesters. I do not want such reactions. On the other hand, apathy is not a good response either. God’s Word says:

4 Do not answer a fool according to his folly, Or you will also be like him. 5 Answer a fool as his folly deserves, That he not be wise in his own eyes. (Proverbs 26)

He who blasphemes the name of God qualifies as a fool. This is what we find:

1 The fool has said in his heart, “There is no God.” They are corrupt, they have committed abominable deeds ; There is no one who does good. (Psalm 14)

The Bible tells us of about a situation that Paul and Barnabas faced:

4 So, being sent out by the Holy Spirit, they went down to Seleucia and from there they sailed to Cyprus. 5 When they reached Salamis, they began to proclaim the word of God in the synagogues of the Jews ; and they also had John as their helper. 6 When they had gone through the whole island as far as Paphos, they found a magician, a Jewish false prophet whose name was Bar-Jesus, 7 who was with the proconsul, Sergius Paulus, a man of intelligence. This man summoned Barnabas and Saul and sought to hear the word of God. 8 But Elymas the magician (for so his name is translated ) was opposing them, seeking to turn the proconsul away from the faith. (Acts 13)

Let’s take a look at how Paul responded in such a situation.

9 But Saul, who was also known as Paul, filled with the Holy Spirit, fixed his gaze on him, 10 and said, “You who are full of all deceit and fraud, you son of the devil, you enemy of all righteousness, will you not cease to make crooked the straight ways of the Lord ? 11 “Now, behold, the hand of the Lord is upon you, and you will be blind and not see the sun for a time.” And immediately a mist and a darkness fell upon him, and he went about seeking those who would lead him by the hand. 12 Then the proconsul believed when he saw what had happened, being amazed at the teaching of the Lord. (Acts 13)

As we can see, the Apostle Paul was not indifferent to blasphemies against God. He took action and confronted the guilty man directly. Moreover, guided by the Holy Spirit he pronounced God’s judgment on this blasphemer which took place at once.

I do not think that Ghelici’s comment was intended to be blasphemy addressed at God. Rather I think he made such statements to seem original even though he proved that he lacks knowledge of the character and work of God. However, God will intervene and will not delay, for the third commandment of the Decalogue teaches the following:

7 “You shall not take the name of the LORD your God in vain, for the LORD will not leave him unpunished who takes His name in vain. (Exodus 20)

As Christians we have a duty to warn Mr. Ghelici about his actions and tell him what he said was not good.  He must quickly ask God for forgiveness, he and all others who take His name in vain every day without caring. If they do listen to what I say, good for them, but if not, they must be ready to receive the consequences. In the book of the prophet Ezekiel we find the following:

We Christians are disciples and representatives of Christ as well as of God and we must represent Him well. Therefore, it is our duty to tell people the truth about God whether they listen or not, that  is their choice, but they must be forewarned of the consequences.

Recently I was invited to watch a soccer match in the village Leuseni, Hincesti. While watching the game I heard comments from some people who sat near us and my ears started burning because of all of the swear words, many of which took the Lord’s Name in vain. Those who were cursing up a storm and taking the Lord’s name in vain also wore little crosses around their necks, to denote their faith in God. A couple of them also had tattoos of crosses as well. They promoted the cross yet blasphemed the Name of the One who hung on it. The Spirit of the Lord would not give me peace so I walked over to them and introduced myself. I began to speak to them about the 10 commandments. I explained the commandment about not taking the Lord’s Name in vain. I also helped them understand that this is exactly what they were doing. They all became very quiet for a moment and then began to excuse themselves and not take heed to what I had told them. I believe that they will think on these things in the future but even if they do not, I did my duty as a Christian to warn them of what they were doing and the consequences to come. I am sure that when the consequences appear, they will remember the advice that I gave them and hopefully learn something.

I just tried to find Mr. Ghelici’s phone number to call him and share the same thing that I shared with those people at the soccer match. I pray that he will take my advice and publicly apologize to God and the people who heard his blasphemous statement so that God will forgive him and withhold His judgment.