For some time now, I have been hearing some people share the crazy idea that Christians can be possessed by demons. This would mean that a person could be indwelt with the Holy Spirit and an unclean spirit at the same time. Their rationality being, when you sin, as a believer, you open up a door way for the demon to possess you and you will be in need of a Christian exorcism. Some of the apostles practiced exorcism. My question is, “did it happen to nonbelievers only or were believers also exorcised?”. How should I respond to these Christian brothers who believe this teaching and of course try to get other gullible brothers to follow these same teachings?

There are no references in the New Testament about born again believers being possessed by demons for whatever reason and being in need of an exorcism. None of the apostles ever perform an exorcism on a born again Christian who is filled with the Holy Spirit. This teaching that you mention is nothing new although it has become a popular movement over the past few years. It is a heretical teaching used to deceive people who do not search the Scriptures. It is manifested in diverse forms but the basic idea is to deceive infants in Christ by causing them to doubt the finality of the salvation they have attained in Christ.

When the Apostle Paul  wrote to the Christians of the town of Corinth  warning them about the danger of idolatry, he addressed them with the following words:

19 What do I mean then ? That a thing sacrificed to idols is anything, or that an idol is anything ? 20 No, but I say that the things which the Gentiles sacrifice, they sacrifice to demons and not to God ; and I do not want you to become sharers in demons. 21 You cannot drink the cup of the Lord and the cup of demons ; you cannot partake of the table of the Lord and the table of demons. 22 Or do we provoke the Lord to jealousy? We are not stronger than He, are we? 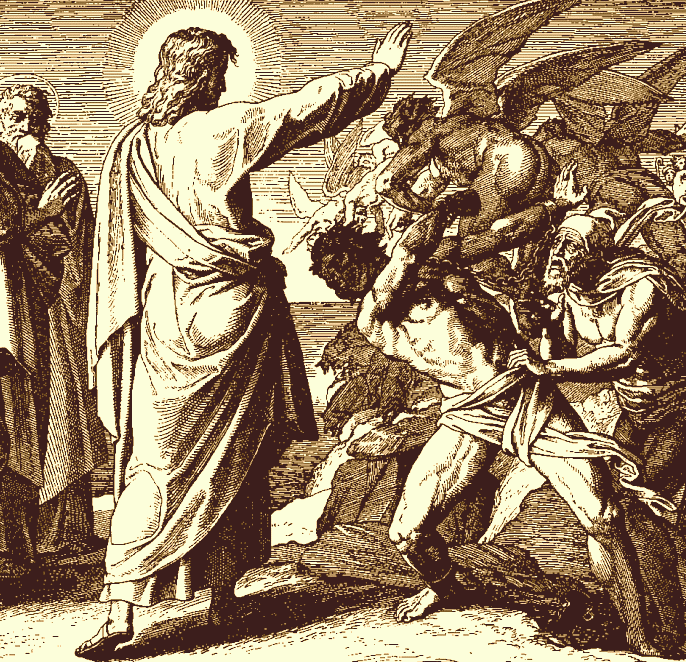 St. Paul uses this passage to communicate an important truth. He wants us to know that demons are behind all idols. If a believer thinks that he can take part in the ceremonial practices of paganism and then also partake of the Lord’s Supper then he is mistaken. This type of behavior angers God because He is a jealous God, who quickly sends consequences for those types of actions.

There is another way that demons are able to influence Christians. They use demonic, heretical teachings to influence people in the church. These teachings are evil and destructive to those who believe them. Paul wrote the following to Timothy as he explained these teachings.

1 But the Spirit explicitly says that in later times some will fall away from the faith, paying attention to deceitful spirits and doctrines of demons, 2 by means of the hypocrisy of liars seared in their own conscience as with a branding iron, 3 men who forbid marriage and advocate abstaining from foods which God has created to be gratefully shared in by those who believe and know the truth. (I Timothy 4)

If a person comes to you trying to explain the Gospel, telling you that there are special conditions and teachings that must be maintained along with faith in Jesus Christ then you must beware. Be careful to observe if they are not the hypocrites and liars seared in their own conscience as with a branding iron that Paul wrote about to Timothy. They teach things such as forbidding marriage and advocating abstinence from foods and other bodily disciplines that do not make when it comes to a person spiritual salvation. These demonic teachings take on many different forms today, one of which is the New Age movement, whose whose followers promote such things as promiscuity or asceticism as conditions for salvation. There is a great mixture of the pure doctrine of Jesus with pagan rituals which are disgusting in the eyes of God. Beware of these teachings and flee from them when they appear because they are from the evil one and are correctly called demonic doctrines. Seek to study the Scriptures to familiarize yourself with the true doctrine of our Lord Jesus Christ. May the Lord help you in this endeavor.

If you come across people like this, teaching things about Christians needing exorcisms then you need to go to your pastor and inform him of these heresies. If you do not then these heresies will begin to affect the entire church. The pastors are responsible for protecting the members of the church from heresy so that the Church of Jesus Christ will remain pure and devoted to Him.