I would like you to comment on the recent earthquake and tsunami in Japan. Do you think them as the hand of God on the Japanese who do not believe in Him? Do they have any connection with the beginning of the end of the world, since too many such events have been gathered in recent years? Thank you and God bless!

I was shaken and terrified by this news of the great misfortune that has befallen over Japan and I think that this is the feeling that everyone has when hearing and watching the images. What a single day can bring … 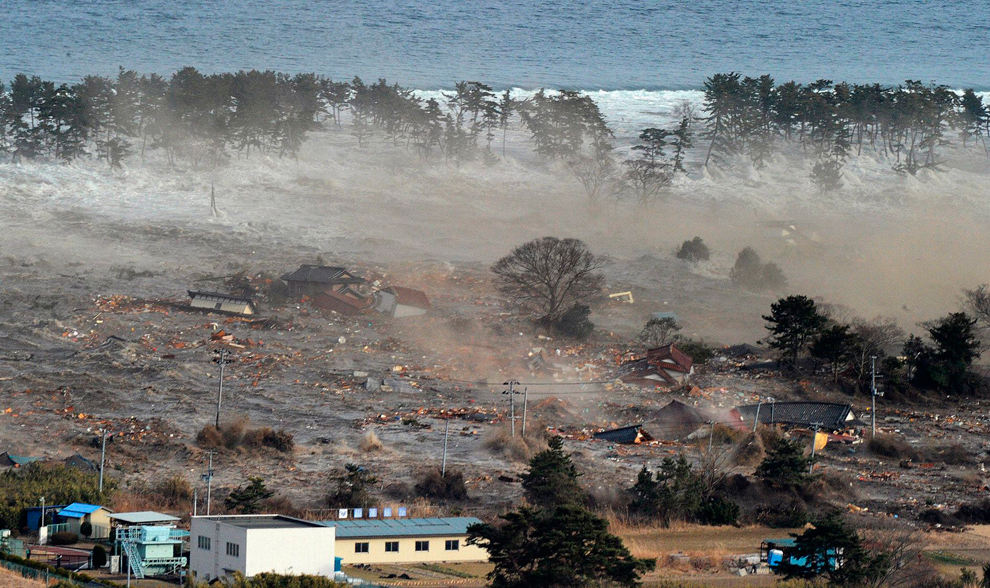 This country has received blows that would take time to recover and every day we see that it receives new and new blows. At first came the earthquake, then tsunami, this morning I heard about the explosion at the nuclear station. There is no doubt that God insists to punish this nation now and there is something similar happening to them with those written in the Bible about the Lord’s Day:

As when a man flees from a lion and a bear meets him, or goes home, leans his hand against the wall and a snake bites him. (Amos 5:19)(NASB)

Let us pray to God continually for this nation, so that He may have mercy on them and stop these disasters that come one after another. A question which everybody asks now is whether …

Japanese are more sinful than other people?

Lord Jesus answered this question when people asked Him about another tragedy, much smaller than those that have happened in Japan, but it was also a misfortune and it also brought pain to many people:

Applying Jesus’ response to the situation of the inhabitants of Japan, we can certainly say that they are not greater sinners than other people, but it is now God’s judgment upon them.

All other nations should get a  lesson and repent

Lord Jesus said so, that unless we repent, we shall all likewise perish. I repented 19 years ago, entered the New Covenant with Jesus and chose to live in obedience to Jesus, as I do until today. God calls every person to repent and this appeal refers to nations, too. Further, talking about the importance of repentance, Lord Jesus added:

And He began telling this parable: “A man had a fig tree which had been planted in his vineyard; and he came looking for fruit on it and did not find any. And he said to the vineyard-keeper, ‘Behold, for three years I have come looking for fruit on this fig tree without finding any. Cut it down! Why does it even use up the ground?’ And he answered and said to him, ‘Let it alone, sir, for this year too, until I dig around it and put in fertilizer; and if it bears fruit next year, fine; but if not, cut it down.’ (Luke 13:6-9)(NASB)

The Japanese are known as people who show indifference to God and especially to the Gospel message, which is the power of God for the salvation of everyone who believes. The Government of Japan provides all the religious freedoms of all religions, however, 84% of Japanese say that they do not have a personal religion and 64% do not believe in God. Perhaps the technical progress they have achieved makes them ignore the existence of God and dependence on Him. But, to their great tragedy, the fruit of their technological progress is now being used by God to give them blows. One of my friends had just told me that an earthquake was even in the area of an atomic station and caused a large nuclear accident, so that people are evacuated urgently in a radius of 20 km.  There is no doubt that God has set now the time of visitation for Japan through all these troubles.

The urgency of repenting and preaching the Gospel

This misfortune must make the Japanese aware, but it also should make aware all the people about the importance of repentance. They should cease doing evil and turn to God. At the same time, what happens in Japan should make all Christians around the world aware of the urgency and importance of focusing efforts in preaching the gospel, because times are evil.

What is the relation between the tragedy of Japan and the end of the world?

The tragedy of Japan is part of a chain of disasters that happen lately and have not been in earlier times. Somebody says that we did not know about the many troubles that were happening earlier because information was not spread so quickly. It is not so. BBC published a list of the 41 largest earthquakes that occurred after 1900. According to the list, 10 earthquakes have occurred until 1990 and in the last 20 years there were 31, but the the earthquake from Japan hasn’t been yet listed here. This reality should convince us that God has a message for all mankind who rebelled against Him this time as no time. Here is what the Bible says about the signs of the end of this age:

As He (Jesus) was sitting on the Mount of Olives, the disciples came to Him privately, saying, “Tell us, when will these things happen, and what will be the sign of Your coming, and of the end of the age?” And Jesus answered and said to them, “See to it that no one misleads you. For many will come in My name, saying, ‘I am the Christ,’ and will mislead many. You will be hearing of wars and rumors of wars. See that you are not frightened, for those things must take place, but that is not yet the end. For nation will rise against nation, and kingdom against kingdom, and in various places there will be famines and earthquakes. But all these things are merely the beginning of birth pangs. Then they will deliver you to tribulation, and will kill you, and you will be hated by all nations because of My name. At that time many will fall away and will betray one another and hate one another. Many false prophets will arise and will mislead many. Because lawlessness is increased, most people’s love will grow cold. But the one who endures to the end, he will be saved. This gospel of the kingdom shall be preached in the whole world as a testimony to all the nations, and then the end will come. (Matthew 24:3-14)(NASB)

Another sign will be persecution against those who bear the name of Jesus. According to a study conducted by the World Evangelical Alliance, over 200 million Christians in at least 60 countries are denied fundamental human rights solely because of their faith. David B. Barrett, Todd M. Johnson, and Peter F. Crossing in their 2009 report in the International Bulletin of Missionary Research (Vol. 33, No. 1: 32) estimate that approximately 176,000 Christians will have been martyred from mid-2008 to mid-2009. This, according to the authors, compares to 160,000 martyrs in mid-2000 and 34,400 at the beginning of the 20th century. If current trends continue, Barrett, Johnson and Crossing estimate that by 2025, an average of 210,000 Christians will be martyred annually.

As for preaching the Gospel throughout the world to serve as a testimony to all nations, we have never had such opportunities as there are today to do this. The Gospel reached and is preached with power in the most persecuted countries via Internet and satellite television.

All this shows that the end of the age is near. Let everyone who still lives in sin hurry to repent and enter the New Covenant with Jesus Christ, and those who are saved, let them hurry to preach the gospel to everyone, for the time is short. Make the most of your time, for the days are evil.

Pray for the Japanese people and help them as God guides us now.