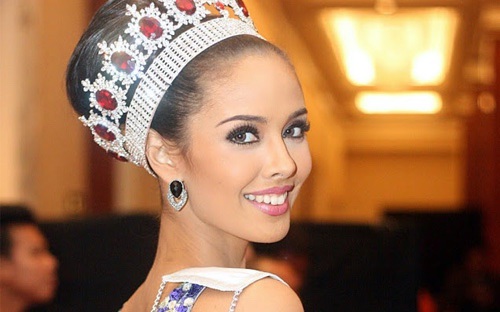 The young filipine girl ,named Megan Lynn Young,age 23, who have won Miss Universe 2013 contest, have declared that she is pro life, does not use contraception and is against divorce, and sexual intimacy is only allowed inside a marriage.

Declarations were done for a tv station from Philipiness,the 14 of October , two weeks after winnning the contest. Asked if she is pro or against the very controversate law regarding reproductive health, which force the medical personel to give pacients , contraceptions pills and abortion pills, Megan Lynn Young, have answered :

On the given question about contraception pills , Miss Young said : ”I don’t need them. I believe sex, is only for marriage. This is my conviction. So, because I am against abortion, I am also against contraception.”

Asked about divorce, she have answered: ”Actually , I am against divorce,because,I have seen it , of course, in my family. If you marry someone,then you have to be with that person for life,on good and bad,sickness and health..”

When she was asked, how is possible for such a beautiful woman, to refuse sex, Young have declared :

”It’s enought to say NO. If someone insist in this matter, then end relationship with him,because he is not appreciating you as a person,so it’s better to end the relation. If a man is willing to sacrifice his desire for sex, it means a lot,” have declared Miss Universe.

Megan Lynn Young was born in Virginia , but lives in Philipiness, her homeland  , won the Miss World contest held the 28 of September 2013 in Bali, Indonezia.

In Philipiness aproximatelly 80% of the country is catolic, 12% protestants and 5%- muslims.